Reasons for Organ Trafficking and Ways to Combat it

Back in 1954 as officially reported, Louis Michon and Jean Hamburger successfully transplanted a kidney from a mother to her son which was a breakthrough in the field of medicine. After many years of partially successful transplantations, because of the search for the perfect combination of immunosuppression, patients with organ failure finally could have hope for a decent life. Only those people would be able to tell how life feels with chronic organ failure. For example, people with renal failure where their kidneys no longer cooperate would have to go for dialysis twice a week in the hospital. As the condition worsens occasionally they would need dialysis on a daily basis. The only solution for that is a new working kidney. And if I may compare, I would say that patients with cardiomyopathy are living a far more dreadful life.

Still, 68 years after the first official transplantation, the procedure is not on a level it should be. Small percentage of people with severe organ failure are getting transplants. The reasons for that are unexplained yet. One theory says that the procedures are really complicated, from finding matching organs to the very moment of operation, to the recovery and learning to live as a transplant. Even if the procedure is completed perfectly, there is still a chance that the recipient body will reject the donated organ. The success rates for heart transplant are the following: up to 85% of all donors live for one year, 77% for three years and 70% more than five years. For lung transplants: up to 67% of all transplant patients survive for one year, 65% for two years and 44% for five years. Many donor recipients would apply for a second transplantation procedure. Organ transplant can transform or lengthen the life of a person who is dying, although it’s important to mention that it is not a definite cure for their illness.

The second reason is that there are not enough organ donors. In many countries the procedure of organ transplantation is still legally complicated or simply not legal. For example in Germany and USA, you must write a consent if you want to donate your organs after death. And that is good. Because nowadays the younger generations are well aware and in step with the time with organ donation. The older generations however tend to be more superstitious especially in smaller and not so developed countries. In countries like mine, Macedonia, the family is asked whether the organs of their deceased one can be donated. This is where I heard not so logical explanations why they don’t approve organ donations. And when it comes to someone receiving an organ there are a bunch of questions asked, like “Is the donor the same religion as mine?”, “Is it the same nationality as mine?”, “Was he male or female?”. And that is a bias in the area of organ transplantation. On the other hand, all the Christians are encouraged on the subject of organ donation, because the son of God, Christ sacrificed himself in light of all the human beings and their lives. And if he sacrificed himself, why can’t we also sacrifice ourselves? If the goal as Christians is to become closer to perfection of our beloved heavenly Father and His Son we should at least try to follow their steps.

Also there are rules for organ donors to fulfill, as well as for the recipients. Having a serious condition like cancer, HIV, diabetes, kidney disease, or heart disease can prevent you from donating as a living donor. For someone to be an organ donation receiver they should be in good physical (beside the organ failure) and mental health, also the younger patients and those in more urgent conditions are more likely to be contacted first as potential recipients.

And because of the previously mentioned reasons among others, there lies the reason for organ trafficking. In 2004, the World Health Organization called on member states “to take measures to protect the poorest and vulnerable groups from transplant tourism and the sale of tissues and organs, including attention to the wider problem of international trafficking in human tissues and organs”. This call resulted in the Declaration of Istanbul on organ trafficking and transplant tourism.

Drawn by the financial profit, organized crime groups are known to be behind trafficking in human beings for organ removal. Organized criminal groups profit from the desperation of the unemployed, migrants, asylum seekers and refugees to coerce them into selling an organ. Victims of human trafficking for sexual and labour purposes also find themselves at high risk of organ trafficking. The COVID-19 worsened the overall socioeconomic standards and so fueled the trafficking in human beings for organ removal (THBOR). Poorer and overpopulated countries are exposed to the highest risk of THBOR.

How much time will pass before we get to overcome the shortage of organs for transplantations?

Governments around the world need a new strategy that involves both working against the biases and organ trafficking. The health institutions should predict and plan more direct and indirect education tools for defeating the biases. Also, there should be changes made in the terms of law adjustments like those in Germany and the USA. Developing better systems of deceased organ donation, encouraging altruistic living organ donation, preventing needs for transplantation by treating diseases that lead to organ failure such as diabetes and hepatitis, implementing laws that prohibit organ trafficking are also part of the solution against THBOR. Strengthening the intelligence capabilities and the dismantling of organized crime are among the key tools for prevention of THBOR.

As a last solution we thank God for blessing the scientists with technology and progress in 3D bioprinters so bio-printed organs can potentially be used instead of real human organs. It is the last hope that once and for all the organ trafficking and transplant tourism will be forever gone.

In light of the holiest and the most important holiday that Christians celebrate, where the son of God sacrificed Himself for the human race, as the highest form of love ever expressed in the history of mankind I send an appeal to all of us to be eligible children of His and to try to follow in His footsteps.

Following His footsteps also means our personal efforts to improve the conditions for organ donation and with that to put an end to organ trafficking and trasplant tourism. 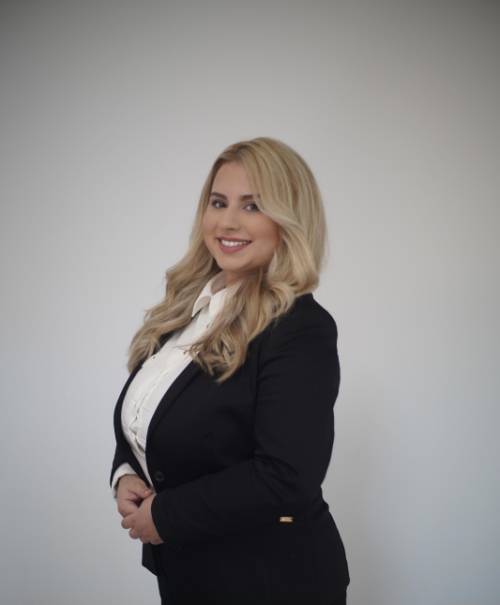